What Does the Next Generation of Total Ankles Need?

Small companies recently have expanded in the total ankle replacement market, bringing new designs that they anticipate will allow them to compete with established orthopedic players. 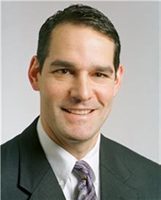 Alan Davis, M.D., a foot and ankle surgeon at Cleveland Clinic, was one of the physicians on In2Bones’ U.S. design team. He performs about 30 of the 8,000 ankle replacements in the U.S. every year. We reached out to ask his perspective on the growing number of players in the market and what he would like to see in future designs.

“There are far fewer total ankle replacements across the country than knee, hip or shoulder replacements,” he stated. “I think part of the reason for this is that the need for ankle replacements tends to stem from trauma, not arthritis, like with a lot of other joints. Also, ankle fusion has been a very reliable operation for years, while ankle replacement has gone through multiple iterations, trying to figure out the best design. Knees and hips don’t have another alternative, and they’ve had successful designs that have shown great duration and longevity.

“However, the number of total ankle replacements is growing. The instrumentation, preoperative planning and prostheses have gotten much better,” he said. “Still, I think it’s going to be slow, steady growth as we keep a very close eye on our results to make sure that we’re doing the right things for patients.”

In your opinion, what have been the most significant design advancements in total ankle replacement devices?

Dr. Davis: We’re on our fourth generation of replacements now, and I think we’re better matching the natural anatomy—that’s big. Also, the materials have improved. The metal and the way it’s prepared with a porous coating is giving us better ingrowth. On the plastic side, polyethylene has improved to provide better wear characteristics.

As I mentioned, the instrumentation and preoperative planning have also improved, and manufacturers are recognizing that devices need better soft tissue balancing. We’re also taking less bone out than they did in the early 1970s. People have learned what works and what doesn’t, and that has led to better success rates of third- and fourth-generation total ankles.

What do you need to see in generation five?

Dr. Davis: We need to build on the things that are most successful from generations three and four. First and foremost, the ability to do preoperative planning and know ahead of time what you’re trying to accomplish with respect to positioning and size will need to become standard, if we want to grow this market and our ability to take care of patients with replacements. Instrumentation during surgery also needs to continue to evolve so that every orthopedic surgeon who is interested in performing this type of operation can do so. Designs need to continue to match the patient’s anatomy, ideally with bone ingrowth to provide very solid fixation without relying on cement. The wear characteristics of metals and polyethylene should also continue to improve.

I think that if we do all of these things, we can reach the same success rate as total hips and knees. The more companies that enter the market with their different iterations will create a competitive landscape from which, ultimately, the patient will benefit.

What makes Quantum’s design different than others on the market?

Dr. Davis: In2Bones’ implant is only the second to offer preoperative three-dimensional planning. It’s very surgeon-guided, and I like that you can dictate on the computer exactly what you want to get as an end result ahead of time. Also, the design of the prosthesis is very anatomic and meets all of the design criteria that we want to make it straightforward to implant.

Its current design has great potential for bony ingrowth and solid fixation. In2Bones has done a nice job of listening to surgeons and getting feedback to make the design successful.

What do you think we need from companies in this space?

Dr. Davis: There are plenty of iterations on the market right now that show great potential, but smaller companies need to figure out how to make the device profitable. I think continued, small iterations, rather than one big revelation, will keep the industry heading toward a better device.

The most important thing from a physician’s standpoint is always to do the operation that’s best for the patient. Even if we have the ultimate generation five total ankle out there, it’s still not going to work for every patient who has arthritis in her ankle. We can get overwhelmed with metals, plastic and instrumentation, but in the end, we need to continue to be caregivers and set expectations properly.

We met Dr. Rothrock through his use of Stryker’s Capri Expandable Corpectomy Cage, and asked for his thoughts on the state of spine implant technology.

An Executive Reflection on 30 Years in the Spine Market

Randy Roof, Founder and CEO of Cutting Edge Spine, built his company believing he could do better for patients, surgeons and the industry.

The new patent, which is the third generation, will provide extensive worldwide protection for the Bactiguard technology until 2039.