Bruce Stroever on 30 Years of Leadership at MTF

Bruce W. Stroever remembers walking in the door of the Musculoskeletal Transplant Foundation 29 years ago. It was instant culture shock, coming from Ethicon and joining six colleagues in the MTF office, with just 16 people in the entire organization. 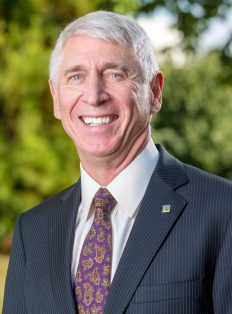 “The job had been described as an organizational caretaker of sorts. The company was doing okay and they needed someone to keep an eye on it,” Mr. Stroever said. “I thought I would be here three or four years before I moved on to another position. Instead, I found out the company was in a lot of trouble, and I stayed 29 years.”

He stayed at MTF, he said, because of the complexity of the industry and the people—those with whom he worked and the donors and recipients who provided constant inspiration.

The Musculoskeletal Transplant Foundation is named MTF Biologics, today. After joining as General Manager in 1988, and then moving to President in 1992 and President and CEO in 1996, Mr. Stroever will retire on June 30, 2018. In his nearly 30 years with MTF, he watched it grow to more than 1,100 employees and over $400 million in annual revenue.

An ORTHOWORLD Member, we asked Mr. Stroever to share how he has experienced success.

ORTHOKNOW: Looking back at what you’ve accomplished at MTF, what one word would describe your time here?

Rewarding from the aspect of watching people grow up in this company. They come in, move up and become supervisors and managers and directors.

Also, meeting donor families and amazing recipients—there is an aspect of tissue banking you don’t find in most places. The people who make the decision to donate and then share their feelings—that’s something you don’t get when you’re talking to your titanium or stainless steel supplier; it just doesn’t happen. There is no analogy for it.

ORTHOKNOW: What is your most significant professional accomplishment?

Mr. Stroever: When I first came to MTF, Osteotech was our processor; we had a ten-year exclusive agreement. That wasn’t working out well for MTF; we were not going to grow in that environment. My biggest accomplishment is transitioning MTF to build our own processing capability. MTF took off once we did that.

We had to learn processing. We had to build this facility. A lot of things had to happen to make it work. Osteotech, as the processor, was always going to keep a big chunk of the revenue, and we were never going to grow and invest in ourselves. Once we started our own processing, we had enough money to build a large R&D group and develop our own tissues and technology.

ORTHOKNOW: In your experience, what are the key attributes for a successful businessperson?

Mr. Stroever: I always put integrity first. If people can’t trust you, if they can’t rely on your word, then you can’t go anywhere. You have to do what you say you’re going to do, and you have to be truthful.

Second, you have to have vision. You have to be able to see beyond tomorrow. Where are we going to be in six months, a year? Where should we be two years, five years from now?

ORTHOKNOW: Have those attributes changed over the last ten years?

ORTHOKNOW: What advice would you offer a young person entering the ranks of an orthopaedic company today?

ORTHOKNOW: What developments, trends, changes in the industry most concern you?

Mr. Stroever: We’re all concerned that where healthcare is going is uncertain, and that’s never good. The other part of that is the pricing pressures we’ve all felt in the last ten years that seemed to have accelerated in the last five years. Those pricing pressures are slowing and stifling development. If companies don’t have the excess revenue to invest in education or training, certainly not on the development side, that’s a long-term ill. Without the excess revenues to invest in new technologies and new ideas, we’re not going to have new products. We’re going to be making a lot of me-too products. And you don’t get the advancements. The technology we have today came about because someone 20 or 30 years ago fought for something and had the money and wherewithal to do it.

ORTHOKNOW: What about the industry excites you the most?

Mr. Stroever: Since I come from the biologics side, I think it really is the growing acceptance of biologics in orthopaedics. There is recognition that the body can provide its own tool for healing. For example, how PRP is being used for joints—that’s phenomenal technology. The newest technology, and who knows where it will take us, is stem cells.

ORTHOKNOW: What is the future of stem cells?

Mr. Stroever: If they’re used in the right applications, they can be a big help to encourage bone growth, to encourage cartilage growth, they can help repair the body. What you don’t want is the people talking about stem cells curing everything: obesity, etc. Within limits, there is an amazing amount of potential for stem cells to do a great deal of benefit to the body. I don’t know where that will take us, but certainly in repair, in things that are worn out—that’s one of the first applications I can see.

ORTHOKNOW: Overall, where do you see the orthobiologics market in five years?

Mr. Stroever: I think it’s strong. I think biologics—be it an allograft, a xenograft—biologics are in a good place. The applications are going to grow as we find new ways to use biologics. Amnion has been used in ophthalmic applications for 100 years. Now we’re finding new applications for amnion; it’s phenomenal in wound care—wounds healing at 80% to 85% at 12 weeks is spectacular, compared to the standard of care.

ORTHOKNOW: MTF has changed its name to MTF Biologics. Why? What’s the significance of the name change?

Mr. Stroever: We’ve been MTF since our inception. We’re growing in the plastic surgery market and in the wound care market, and the word musculoskeletal doesn’t apply. We don’t want to lose MTF; that’s how we’re known, but we want to broaden what we’re known for. Since we’re 100% in biologics, we thought that described us better.

Mr. Stroever: I was at Ethicon for 17 years, and I had no idea that tissue transplantation existed. I’ve met a lot of great people—dedicated people—on the organ and tissue side. I can look around and name 20 other people who have been in this field for 30 years. Once you get into it, it gets into you. It’s a great field that I stumbled into, and I’m glad I did.

A few months ago, Gary Miller, Ph.D., gave a commencement speech to the University of Florida’s graduating engineers. It was a fitting honor for a man who has dedicated decades to the field of engineering and was on the verge of a new chapter himself.

Jean-Paul Burtin was attracted to orthopedics by its possibility for innovation. The enticement did not disappoint.